Models were hard to come by in World War I Paris. However, at the recommendation of fellow artist Georgette Sembat, Matisse was introduced to an Italian woman named Lorette. She began to model for him in late 1916 and in the course of their year-long association she would feature in some fifty canvases. "Tête de femme (Lorette)" dates from the first few months of Lorette and Matisse's association. Over the course of their time together, Lorette would dramatically influence the artist's work. "It was Lorette who liberated (or was liberated by) Matisse," writes Hilary Spurling, "Together they embarked on a series of experiments that would open up a new direction in his work for another decade or more" (H. Spurling, Matisse the Master. A Life of Henri Matisse: The Conquest of Colour, 1909-1954, New York, 2005, p. 198). Lorette was playful in the studio, donning and removing various costumes and accouterments, assuming varied poses and playing with different props. 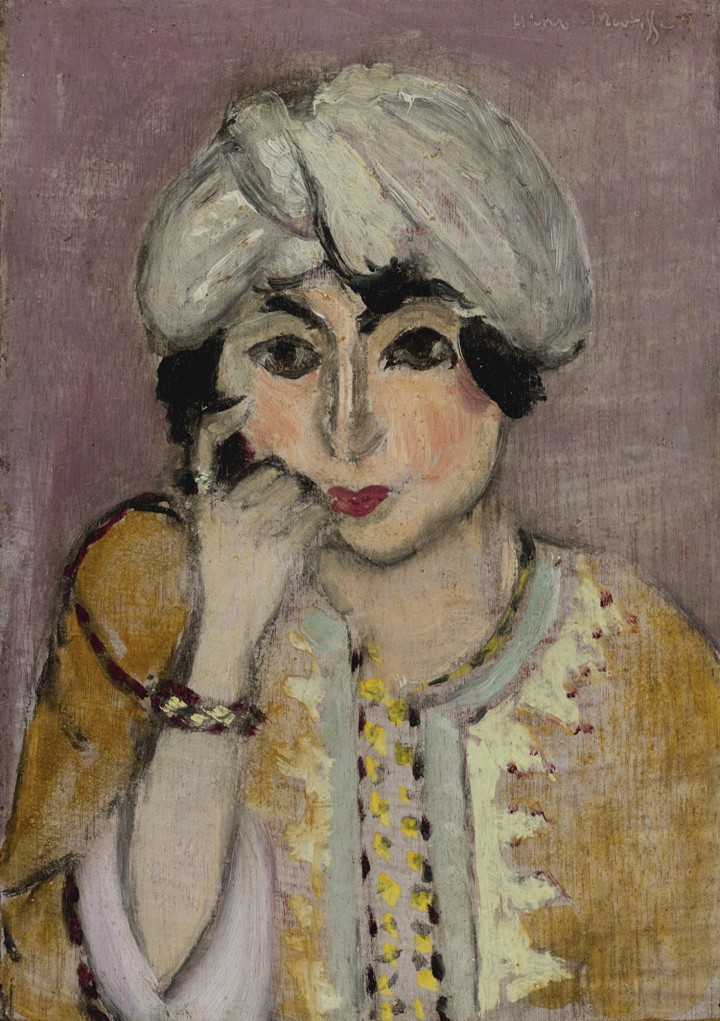